Home ❖ Unlabelled ❖ Gujarat will be the tallest temple in the world, Umiyadham

Gujarat will be the tallest temple in the world, Umiyadham

❖ March 04, 2020
Gujarat will be the tallest temple in the world, Umiyadham 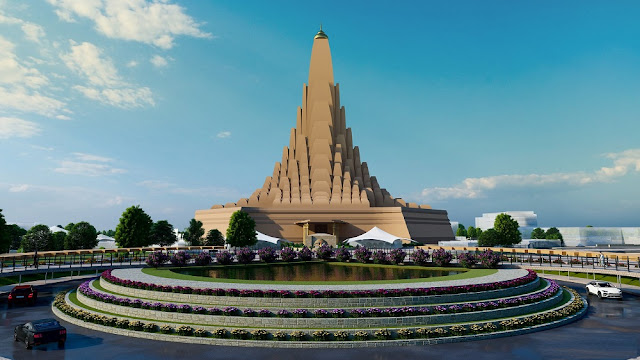 Ahmedabad: After making the world's largest cricket stadium and the tallest statue in the world, Gujarat is now going to become the tallest temple in the world. With this, a new record will be added in the name of Gujarat. The temple was designed by a German and an Indian architect jointly. According to media reports, the temple will be constructed on 100 Vigha land in Gujarat and its height will be 431 feet (131 meters).

This huge temple, built at Jaspur opposite the Vaishnodevi Temple on the Sarkhej Gandhinagar Highway in Ahmedabad, will be dedicated to Mai Umiya. Which is the family goddess of the people of Patidar society. It is said that the construction of this temple will cost Rs.1000 crore. Three viewing galleries will be constructed inside the temple. So that the people here can see the whole city of Ahmedabad. The viewing gallery will be approximately 82 meters high. 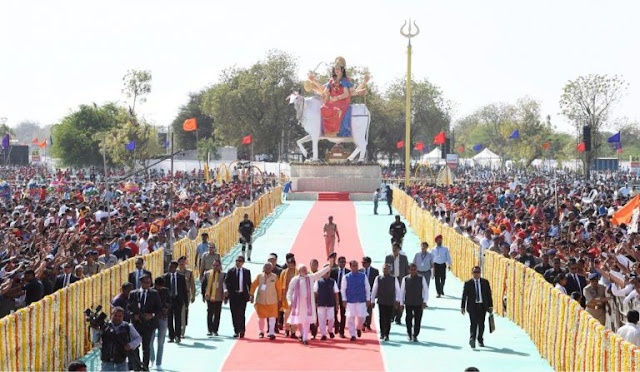 The sanctum sanctorum of this temple will be prepared according to Indian culture. Here the statue of Mai Umiya will be installed at a height of 52 meters. A shivling made of mercury will also be established in the temple. Along with this, a University, Career Development Center, Hospital and NRI Bhavan will be set up around the temple.


Ahmedabad has become the world's largest cricket stadium. Named after Sardar Patel. Apart from this, Gujarat has the highest statue of the world, the 'Statue of Unity'.