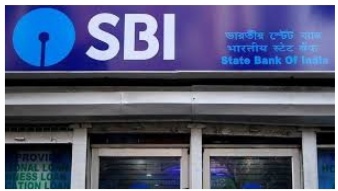 State Bank of India has cut its marginal cost of fund-based lending rate (MCLR) by 10 basis points, or 0.1%. It will reduce the EMI of millions of home loan customers. The deduction will go into effect from December 10. This will make floating-rate home loans cheaper. While the benefits of this reduction will not be immediate, SBI has reduced its MCLR for the eighth time this financial year.

Now a year later, the MCLR rate will drop from 8 to 7.9 percent. SBI claims it is the cheapest loan bank in the country. This has changed However, the bank has not made any change in the loan linked to the repo rate.

From one day to one month, the MCLR rate for loans has been 7.65 percent, MCLR rate for three months is 7.70 percent, 6 months for 7.85 percent, 8.10 percent for two months and 8.20 percent for three years. It is worth mentioning that SBI has a market share of about 25%.    The Governor of the Reserve Bank of India said in his monetary policy review recently that he was in no hurry to cut rates further.

Between January 2014 and October 2019, the Reserve Bank cut the report by 2.85%. It has been reduced from 8 to 5.15 percent. But the banks have not yet reached their full advantage with the customer. How to get the benefits The reduction of MCLR will have no immediate effect on EMI on home loan interest rates.

In fact, SBI's floating rate home loans are linked to this one-year MCLR, and the rate is fixed for one year. That is, if the rate for someone is fixed in August and then changes in the MCLR, then the benefit can be obtained by August next year.