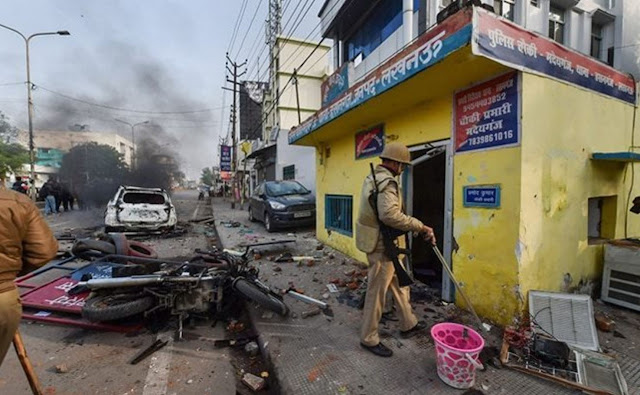 Lucknow: Protests against CAA are taking place across the country. Demonstrators have staged violent protests in many places. In Lucknow, there was a clash between the protesters and the police. A man named Mohammed Vakil, who was shot dead by police, was shot dead in hospital. There was also a violent demonstration in Mangalore. Two protesters were killed in Mangalore. Schools and colleges have been closed on Friday in Mangalore following the incident. Mangalore Police Commissioner Harsha has confirmed the death. The deceased are Jalil (49) and Nousin (23). Earlier, the police commissioner said that the protesters attacked the police station and set fire. Finally the police also had to take action. Was firing the air first. However, the protesters continued to attack.

The youth was admitted to a hospital in Lucknow. The teen died during treatment. Uttar Pradesh Police has applied Section-144 to the state in view of violent protests against the citizenship law. UP DGP tweeted that no one was allowed to perform on December 19. It may be mentioned that in several cities of the country, different organizations have organized demonstrations against the citizenship law. UP DGP told the tweet that Section 144 is applicable in Uttar Pradesh and no meeting was allowed on December 19. So please take part of it. Parents are encouraged to explain to their children.

In addition to student unions on December 19, the Samajwadi Party also announced that they will stage a protest against CAA on Thursday. Striking the BJP over the implementation of Article 144, the Samajwadi Party said that a demonstration would be required on December 19. The BJP is going to put all the constraints on democracy and the constitution.

The BJP government has worked to divide the country by bringing in citizenship bill. The law is being opposed throughout the country. The central government has struck down on freedom of expression with dictatorship. Instant updates for exhibits in the country Fire breaks out in police station in Lucknow The protests against the Citizenship Bill in Lucknow, the capital of Uttar Pradesh, have turned violent. The protesters threw stones at the police and shouted slogans. Meanwhile, police released tear gas cells to stop the protesters. While in Madheganj outpost, vandalism has taken place. Police have charged the protesters in Hasanganj.

Violent protests in Uttar Pradesh, bus fires in Sambhal The protest against the Citizenship Research Act in Lucknow, the capital of Uttar Pradesh, has taken a violent turn. The protesters threw stones at the police here and shouted slogans. Meanwhile, teargas cells were released to the police to stop the protesters. Demonstrators have handed over a government bus to the fire in the wake of the state. Apart from this, trains have also been vandalized.   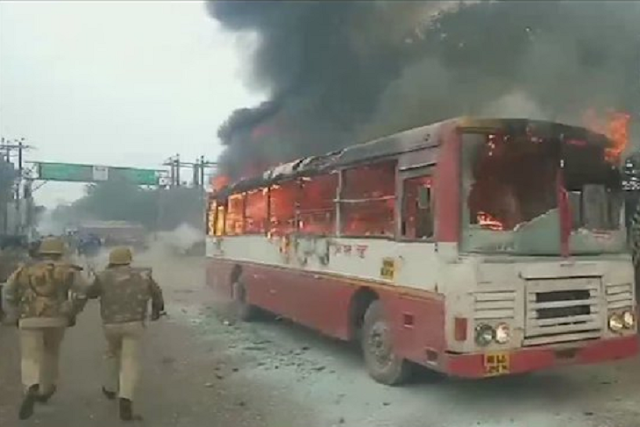 The attack on Kamal Haasan's government Renowned historian Ramchandra Guha and leader Yogendra Yadav were detained during a demonstration against the CAA. Now, in support of him, the South's superstar, politician Kamal Haasan has also arrived. He wrote in the tweet,