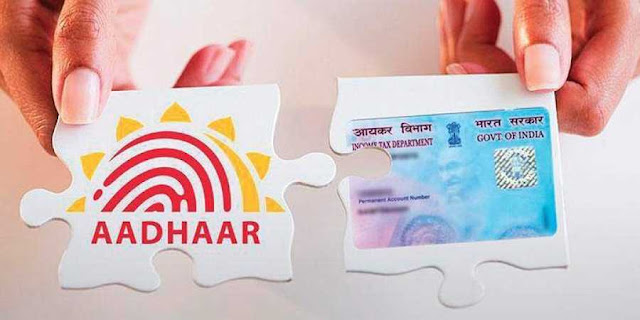 The Central Board of Direct Taxes (CBDT) has again extended the PAN and Aadhar card linking deadline. If people have not yet linked Aadhaar to the page then they can link till 31 March 2020. The deadline expires December 31, 2019.

This is the 8th time the government has extended the deadline for linking Aadhaar with Aadhaar. It is mandatory to link Aadhaar to Pan for filing tax. In September last year, the Supreme Court upheld the central government's Aadhaar plan at the constitutional level and the government's plan was made legal to compel the PAN to be connected to Aadhar.

It may be recalled that the Aikar department had earlier sent a reminder on Friday and directed Aadhar to be attached to the pan by December 31, 2019. He said in his reminder that those who do not link the Aadhaar with Aadhaar till December 31, will have their PAN card invalid and will be out of operation by January 2020. Do not do any work related to taxes, investments or loans etc. However, the CBDT extended the deadline for attaching PAN to Aadhaar till March 2020.

The CBDT wrote in its tweet that the last date for linking PAN with Aadhaar under section 139 (A) (A) sub-section two of the Aikar Act 1961 was December 31, 2019 to March 31. , Has been extended to 2020. In September last year, the Supreme Court declared the central government's Aadhaar scheme as constitutionally valid.