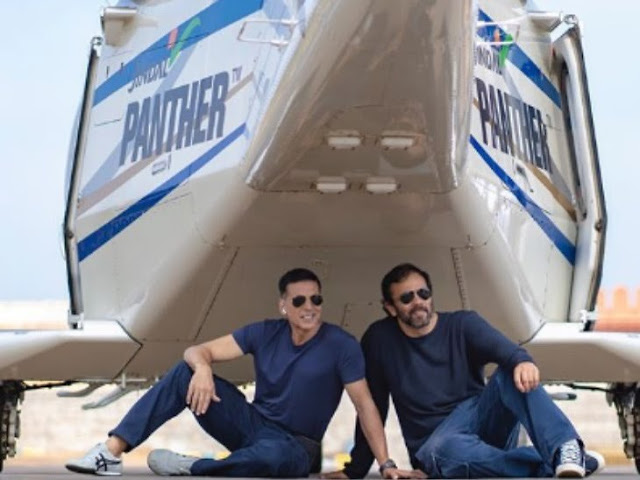 Akshay Kumar said this Akshay Kumar shared a picture of the shooting time of the film and said that this is the last scene of the shooting. In the picture, Rohit Shetty and Akshay Kumar are sitting comfortably under the helicopter. Akshay wrote in caption, last day, last shoot, last stunt. It felt good to be a part of Rohit Shetty's Cop Univers. I'm excited to see you guys go to the movie theater. Hope you like this movie.

Posted by Rohit Shetty also sharing a picture, Akshay Kumar today shot the last shoot of the movie 'Suryavanshi'. In 2010, when 'Golmaal' hit, I told Ajay Devgn that I was going to make an action film on Cop and then I made 'Singham'. At that time, I had no idea that characters like Ranveer Singh and Akshay Kumar in 'Suryavanshi' would also emerge as 'Simba' on the journey to Singham. Now, call it logic or magic. I do not know. All I know is that Destiny has a plan for all people so no more ideas just keep working ...