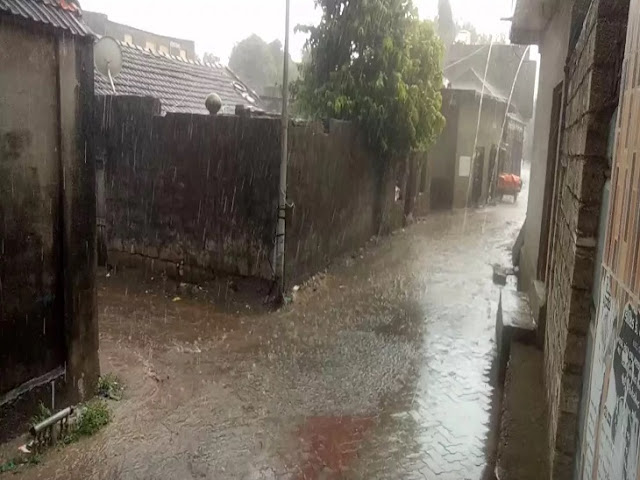 As predicted by the meteorological department, low pressure was activated in the Arabian Sea with heavy rainfall over Saurashtra and areas. In Mangia, Hatina, Mandarada and Keshod diocese of Junagadh received heavy rainfall. Due to this rains, farmers' winter crops have been damaged due to which farmers are worried.

Farmers are facing heavy havoc due to repeated rainfall in Gujarat and especially in Saurashtra. Farmers have been worried over the heavy monsoon rains.

Today, Mauryas in Junagadh in Saurashtra were hit by torrential rains in Hatina and Keshod. It is feared that the farmers' winter crops will be burnt. Farmers fear the loss of onions, coriander and wheat crops due to this rains.

The Arabian Sea has a single system operating in both the South-West and South-East. Which has turned into an active low pressure depression in the southwest. The forecast is expected to turn into a hurricane in the next 48 hours. It will reach Somalia in 72 hours. Then the active low pressure in the South East Arabian Sea will turn into depression in 24 hours. The impact of this will be seen on the environment of Gujarat.