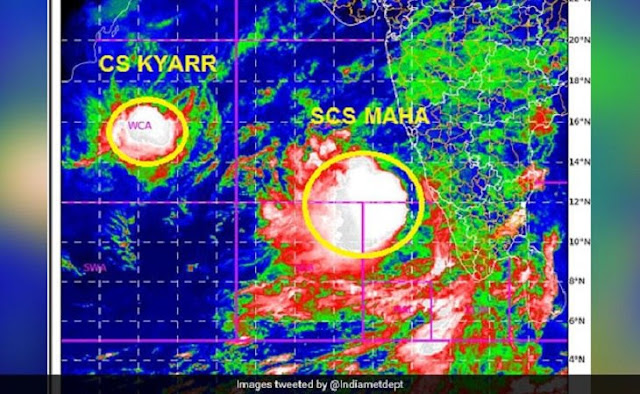 The high storm is currently 540 km from Veraval and 550 km from the lamp. West will be in the Northwest until November 4. He will then have a recurring start. After that his movement will be East-East. In the next two days, it will be a Civil Cyclonic Storm.

After November 4 it will come to South Gujarat, and will weaken. It will not cross the coast of Gujarat. From 6th, coastal rains of South Gujarat and Saurashtra will receive heavy rainfall.

There is no chance that the storm will hit. Winds of 40 to 50 mph will start from November 5 to November 7.