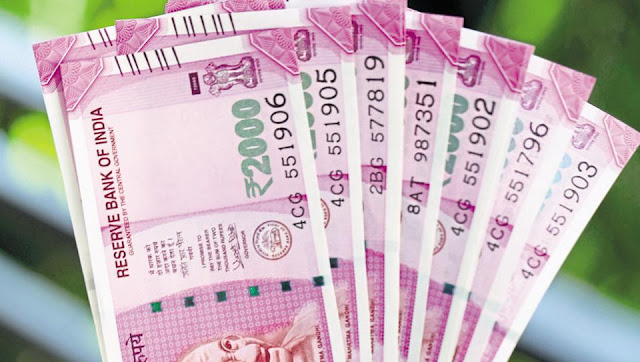 In response to the RTI, the government has shown that over Rs 2000 notes are being used for illegal activities. 2000 rupees in particular is being used for smuggling

3 years have passed since the notation. Three years ago today, the government announced the removal of 500 and 1000 rupee notes from the currency to curb black money. At the end of three years, the news is coming that now 2000 rupee notes can be closed. Information about this has been exposed through media reports. The reason behind this is that the demand for this note has not been high. Thus, keeping the currency in circulation can lead to extreme harassment.

Former finance secretary Garg said people around the world are moving towards digital payments. Although people are adopting it in India too, its spread is slow. Garg sent a 72-page suggestion to the government, stating that steps like taxation on big cash transactions and digital payments would help make the country cashless.

In fact, the former finance secretary said, "Ben can be placed on notes worth Rs 2000." Former finance secretary Subhash Chandra Garg, who took over VRS on October 31, has suggested closing the 2000 notes. The bulk of the 2000 notes are not in currency, Garg said. It is being deposited. Garg said cash is present in the system as a whole. Thus, closing the 2000 rupee note will not be a problem.