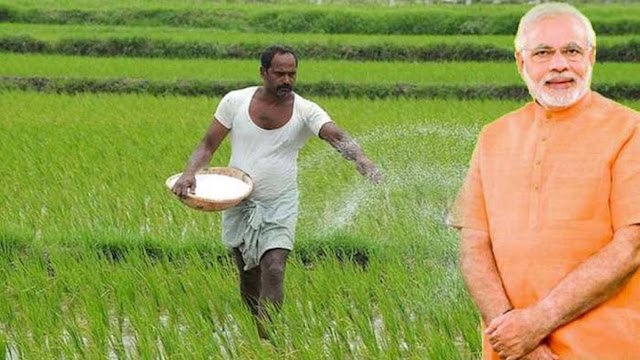 No one knows if the names in the Aadhaar card are not being matched, where in the first and second installments farmers have been given money on the basis. Shouldn't the money be refunded if it was given in error? There was a seven-month period between the two installments. Suddenly, when the election is over, directly five million farmers are reduced. What if 13 thousand crore rupees were given to the wrong people, or the farmers were kicked out after the election was over? The total number of beneficiaries in Gujarat was 45 lakh 33 thousand 136.

Screen shot of a message sent to farmers by the government 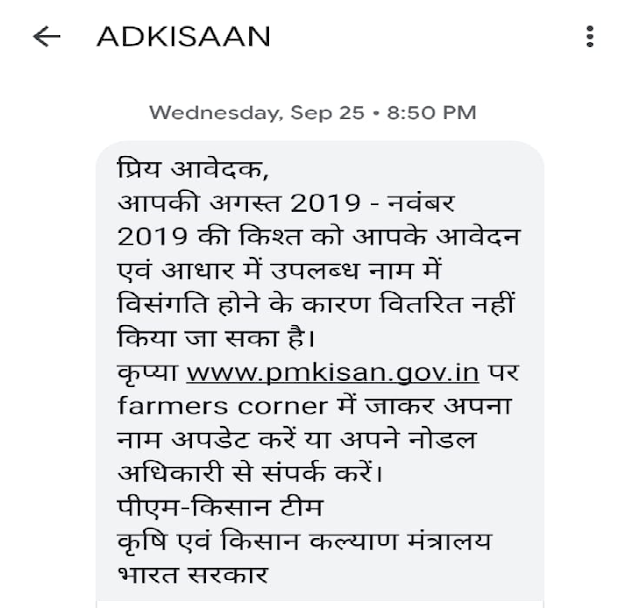 Whatever name of the farmers has been removed from the beneficiary list, most of the farmers have received the same message that your account could not be deposited as your name does not match the name available in the application and the basis. The first installment was offered between December 1, 2018 to 31.2.2019. The election was going on at that time. So money was being paid quickly. 2000 rupees went to everyone's accounts. After that the second installment went to Rs 2000, but the third installment is more than half a half farmer's name is a big question of how the sudden difference.