Home ❖ Unlabelled ❖ PMC: Thousands of landlords are crying for an account to sink into a 35 year old bank

PMC: Thousands of landlords are crying for an account to sink into a 35 year old bank

❖ September 25, 2019
PMC: Thousands of landlords are crying for an account to sink into a 35 year old bank 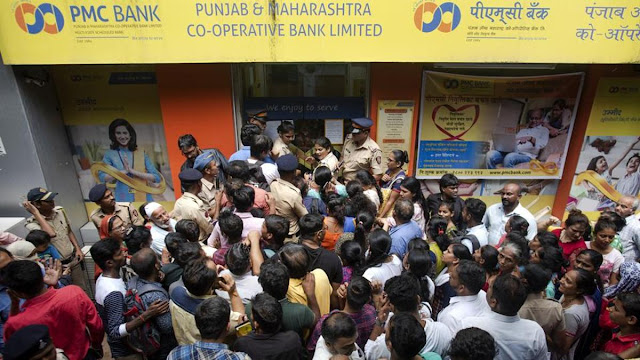 The Reserve Bank of India has banned Punjab and Maharashtra Co-operative Bank. Now the bank cannot declare a new loan to any customer. Not only this, RBI has set a limit of Rs. Due to which customers are facing problems.

That was when the company continued to fail to repay its loan. Sources said, "According to the RBI guidelines, bank loss should be mentioned in this regard. PMC Bank's cash reserve is worth Rs 1,000 crore, while the company has a debt of Rs 2,500 crore. When the RBI talks about the provision of NPAs to the bank, it means eliminating NPAs from profit. How can you understand that if a bank has an annual profit of Rs 500 crore and its NPA is Rs 400 crore, then its profit can be considered as Rs 100 crore.

A spokeswoman for Housing Development and Infrastructure Ltd, which was asked in this regard, declined to comment. Apart from this, the RBI has not said anything about the area. A source said, "If the RBI feels that the loan given to the company is not fully liquidated, then the bank has to put 10 percent of the amount in the NPA, for which it has the resources but the central bank feels that the entire loan given to HDIL is NPA. He was subsequently banned from the bank.

Bank license is not cancellation, restriction will apply

It is important that the RBI has set a limit for withdrawing money from this bank account. An account holder cannot withdraw more than Rs. 1000 from his account in one day. The central bank has also ordered PMC not to issue a new loan. The RBI said in a public order on its behalf, "The order issued by the Reserve Bank means that the bank is not supposed to cancel its license." The bank will keep its operations public with restrictions until further notice.