Home »Unlabelled » PAN-Aadhaar: If the link is not renewed by September 30, then the PAN will become useless

PAN-Aadhaar: If the link is not renewed by September 30, then the PAN will become useless

PAN Aadhaar : If the link is not renewed by September 30, then the PAN will become useless 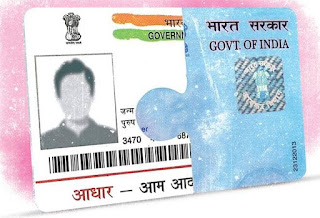 What does an invalid leaf mean?

However, in the Budget introduced in July 2019, the government revised the rules for linking the Aadhaar. Previously there was talk of invalidating the page when there was no linking. But the research said that the page will become In-Operative if there is no Pan-base linking.

What does In-Operative PAN mean?

Income tax rules require that PAN be linked to Aadhaar by September 30. If not linked, the taxpayer's PAN will be called In-Operative. That means, you can't use this PAN. Supposedly, they do not have a PAN. Although CBDT does not currently state how to conduct an In-Operative PAN again.

Will the In-Operative PAN be Re-Active?

According to research in the budget, Pan is said to be inoperative on sex with Aadhaar by September 30. But there is no specification from the government that the PAN based on In-Operative will be reactivated when linked to the base.

How To Link Pan Support

Click on the 'Link Aadhaar' option on the left.

If you do not have an account, register first.

After logging in, click on Profile Settings on the page that opens.


Can also link to SMS