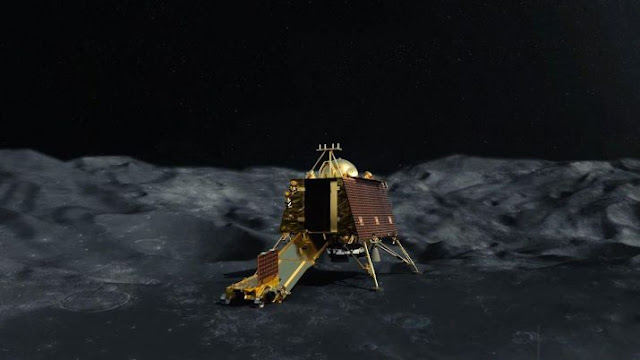 Contact time for Chandrayaan-2's record lander is about to expire. Meanwhile, news has come out that NASA has taken a picture of a moon field from Moon Orbiter, from which Chandrayaan-2 lost contact with India.

According to a report by a NASA scientist, NASA took pictures on September 17 with its lunar reconnaissance orbiter at the moon's south pole. NASA is currently analyzing these images. Vikram Lander's soft landing efforts were made in the same area but contact with ISRO was lost two kilometers before landing. The possibility of contacting a record lander is due by September 21.

After that, it will be dark in that area of ​​the moon. John Caller, a deputy project scientist at the Lunar Reconnaissance Orbiter (LRO), confirmed by a statement that the orbiter's camera had taken the picture.

He said the LRO team would compare these pictures with the old ones and analyze whether the lander was visible. This picture was taken while the orbiter was passing through the moon's south pole. It was then that darkness began to turn.