Home »Unlabelled » Gujarat to hold 4 by-elections by October 21, results on 24 May

Gujarat to hold 4 by-elections by October 21, results on 24 May

Gujarat to hold 4 by-elections by October 21, results on 24 May 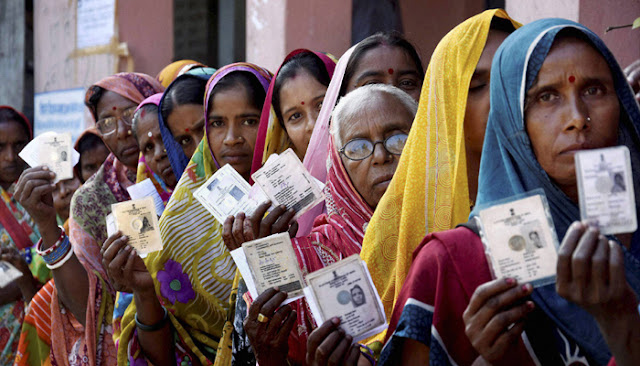 The Central Election Commission has announced the date for the by-elections of 4 seats in the Gujarat Legislative Assembly. Gujarat's by-elections to be held on October 21. When the results are announced on October 24th. Gujarat comprises of Kerala, Amraiwadi, Tharad and Lunawada assembly seats. However, the date for the by-election of the three seats where the Congress won in Radhanpur, Byd and Morwa Hadaf seats has not been announced.

By-elections will be held on 4 seats With

the victory of four BJP MLAs in the 2019 Lok Sabha elections, the seats in Amraiwadi, Tharad, Kheralu and Lunawada have been vacant. In the 2019 Lok Sabha elections, 4 out of 26 BJP MPs became MPs, leaving the seats of Amaraiwadi, Kheralu, Tharad and Lunawada vacant. While Ratan Singh Rathod, who became MLA from the Lunawada seat, was given a ticket to the BJP in the Lok Sabha 2019. In his victory, he resigned as MLA. As well as being an MP, Hasmukh Patel resigned from the Amraiwadi seat and Bharat Singh Dabhi from the Kheralu seat while Parbat Patel from the Tharad seat.