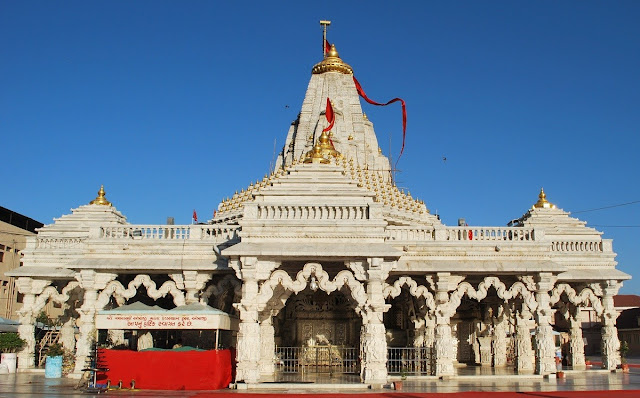 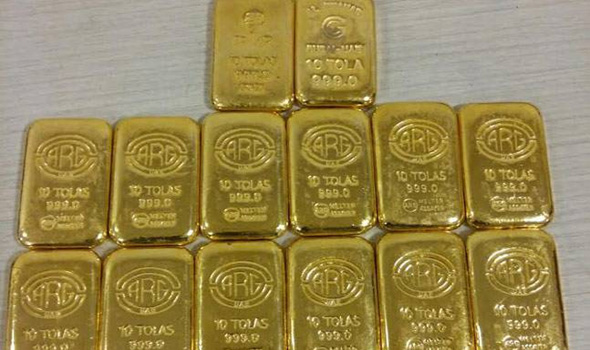 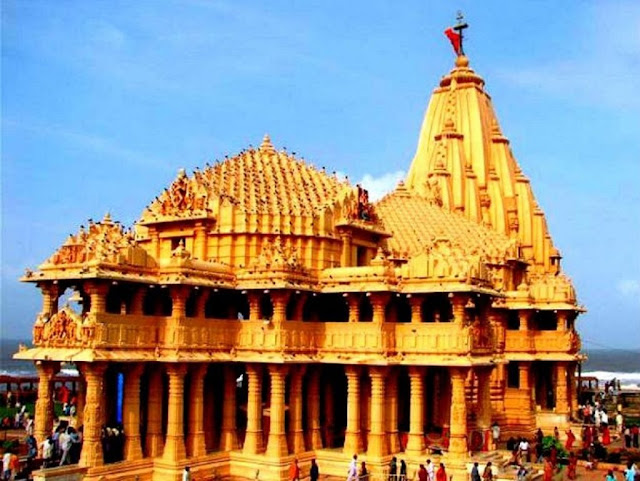 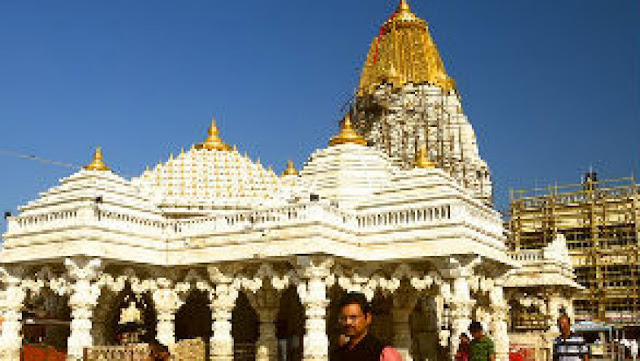 Ambaji or Big Ambaji is a pilgrimage located in Danta taluka of Banaskantha district of the state of Gujarat. Ambaji's location is in the upright corner of the Aravalli mountain slopes in the hills of Arasur. 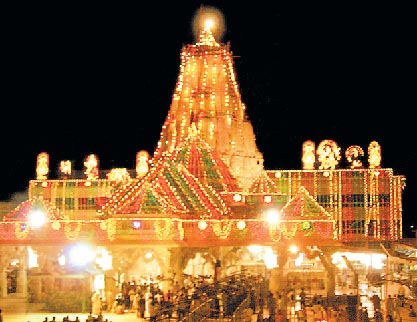 The temple of Ambaji in Arasur is known in legend as Sri Krishna Thye. It is believed that Sri Krishna had come to land at this place with his children. And it is believed that Rukmani worshiped Mataji. If we omit these legends and examine the historical evidence, then, in the temple on the shores of Mansarovar, Maharana Shri Maldev's VS. There is an article of 3 BC. In the porch inside the temple of Ambaji, a Sr. There is 1 article. It contains articles about the queen of Rao Bharamali offering some things to her mother, she belongs to the 7th century. Another Vs. Article 4 describes the construction of a hostel. That means Is. From the 7th century onwards, the belief in the mangroves has continued. But it is likely that the place has continued its glory for the last two hundred and three hundred years. Because there is a village near Kumbhariya near Ambaji. 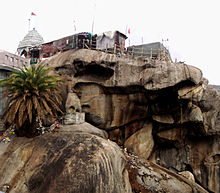 The village has Jain Derasaro of Dhol marble Pahal marble in Vimal Shah. There are legends about these Derasaros that Vimal Shah built 3 Derasaros in this place with the money given by Ambaji, but Mataji asked, whose glory was this Dehra? Then Vimalsha replied that with the glory of Guru. Angry with this answer, Mataji burned down the house and left only five. According to the goddess Bhagwati's story, Mahishasur raped and ignored Agnidev, who promised that he could not be killed with the weapons of the name of the tribe. With this blessing he defeated the gods and conquered Indrasana and destroyed the monastery of Rishi.

Then Vishnulok and Kailas decided to win. Thus the gods sought the help of Lord Shiva. Lord Shiva appeared to be worshiping Goddess Shakti to help the gods than they should, and he destroyed Mahishasura. Hence the goddess was known as Mahisasur-Mardini. According to another story, Ram and Lakshman came to the ashram of Rishi Rishi, south of the forest of Abu mountain, in search of Sitaji. The sage asked him to worship Ambaji. Ram and Lakshmana worshiped, Devas pleased and gave an arrow called Ajay from which Rama destroyed Ravana. One story describes Nand and Yashoda Gabbar arriving for the rituals of Shri Krishna in the Dwapar Yuga and stayed for three days and worshiped Lord Shiva and Ambaji. 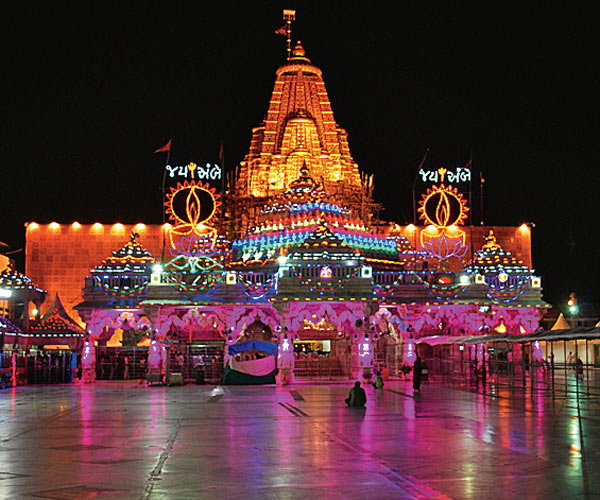 Ambaji, the only famous pilgrimage to Gujarat in India, is located in the Danta taluka of Banaskantha district, on the border of Gujarat and Rajasthan near Abu Road, on the hills of Arasur mountain, north of the famous Vedic virgin Saraswati river.

Ambika jungle, about 5 meters in height to the south-west of the old hills of Arvalli, is about 6 feet above sea level, the main center of the proverbial power is 1.5 sq km. (2 sq. M.) In India, there are (2) ancient power backs. It is one of 51 power backs. Ambaji Mata Temple is the main back of India. It is located about 65 km from Palanpur, 45 km from Mount Abu and 20 km from Abu Road and 185 km from Ahmedabad, 50 km from Kadiadra near the Gujarat and Rajasthan border. In the holy temple of "Arasuri Ambaji", there is no image or idol of the goddess. The sacred "Sri Visa Yantra" is worshiped as the main deity. No one can see the machine with an open eye. Machine photography is banned.

The original seat of the Ambaji mother is located on the Gabbar mountain range in the town. A large number of devotees visit the temple especially on Purnima days. A large fair is held on Bhadravi Purnima (Full Moon Day). People from all over the country come to worship every year in September. The entire Ambaji city is lit as the nation celebrates Diwali festival.